Agatha Christie, this one name evokes both a mythical writer and her characters, just as cult as she became.

But what do we really know about its history?

This woman born in 1890 was such a prolific writer (66 novels, 154 short stories and less known, 20 plays) that her personal story can only be inspiring!

How could a female writer of this caliber be born, in a genre so particular for the time, that is the detective novel?

You should know that at the beginning of the 20th century when she started to publish, it was not a very widespread literary genre . But she will mark it with her name and help make it popular.

By reading about this woman’s life, I realized that she had always been ahead of the trends, knew how to be ahead of her time as much in her way of being as in the conduct of her life as an author and a woman. .

Perhaps she also had this fate because she lost her father very early (at the age of 11) and she had a loving mother who took care of her education personally and supported him in everything that ‘she undertook.

Yet Agatha Christie lacked a lot of self-confidence and she was very shy , which made her give up music (piano and song) because it forced her to expose herself too much.

But she was always curious, persevering, open to life and to the world and she was a hard worker. Ç has helps offset!

I also wanted to know more about him to better understand his work, to know which books to read in priority apart from the immense and unavoidable success of bookstores that are the “ Ten little negroes ”, “ the crime of the Orient -Express ” or “ Death on the Nile ”.

In short ! Whatever the reason you are reading this article , it’s just a matter of putting your foot in the “Crime Queen’s” biography and making you want to read or re-read it or be inspired by it. woman life. That is my case !

☆ It is the novelist who sold the most books in the history of literature . Translated into 12 languages, it ranks right behind the Bible and William Shakespeare and it’s a woman! If it’s not class!

☆ She did not go to school until she was 13 years old. She will then study music in Paris. Most of his education took place at home while his brother and sister were in boarding school. She also trained alone to become a writer with the works of Arsène Lupine and Sherlock Holmes, which her sister had introduced her to.

☆ She writes poetry since her adolescence but it is after a bet with her sister who had challenged her to write a very good detective novel, that Agatha Christie will write her first success in 1920: “The mysterious affair of Styles” marking the beginning of the golden age of the detective novel but also setting the rules for the classic detective novel.

☆ She will constantly travel the world to feed her inspiration , which will allow her to write “The crime of the Orient Express ” or even “ Rendez-vous à Bagdad ”

Fun fact less known, she will also be one of the first women in Great Britain to surf.

☆ On December 3, 1926, following the discovery of her husband’s affair and his decision to divorce, she will  mysteriously disappear . It must be said that her adored mother died just before and that she already had an abnormally agitated behavior. It was definitely too much pain!

It will take several days of research before it is found in a hotel in the north of England listed under the identity of her husband’s mistress. Willful disappearance or traumatic shock resulting in  a particular form of amnesia ?

We will never know. But this will participate in its legend. From this disappearance, his books will continue to sell and this will undoubtedly contribute to establishing his great fame.

“Live today as if it were the last day. And make plans as if you were there forever ”- Agatha Christie

☆ She created the two most famous characters in detective literature : Hercule Poirot and Miss Jane Marple

☆ During the Great War, she will be a volunteer nurse to help care for the wounded and she will persevere until obtaining her pharmacist diploma in 1917. Since no experience is ever useless , this will allow her to be familiar with poisons and the drugs she will expertly use in her novels.

☆ She will also write sentimental literature under the pseudonym of Mary Westmacott . She even declared that “Far from you this spring” written in a few days is one of the books from which she gets the most satisfaction.

☆ She married in second marriage a man 15 years her junior , which will earn her a lot of macho reflections, in particular that famous of a chronicler who wanted to hurt her (quote that we will end up mistakenly attributing to her):  “ An archaeologist is a dream husband: the more his wife ages, the more he becomes interested in her. ” (And no! It’s not from Agatha Christie!)

☆ In 1971, she received the title of Commander of the British Empire for her contribution to literature and became Lady Agatha Christie.

Did you know these different points in the history of Agatha Christie? Does that inspire you or make you want to read it?

The first novels of Agatha Christie 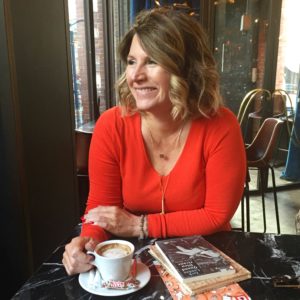